Stand Up for Religious Freedom, Nationwide 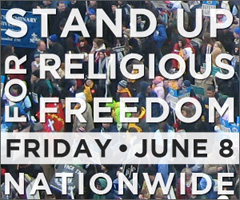 The Pro-Life Action League and Citizens for a Pro-Life Society are pleased to announce that the next Stand Up for Religious Freedom Rally will take place on Friday, June 8, in cities and towns across the United States.

On that day, over 63,000 Americans came out in 145 cities coast to coast pushed back against the new mandate from the U.S. Department of Health and Human Services (HHS) that requires all employers provide free contraceptives, sterilization and abortion-inducing drugs through their health plans, even in violation of their consciences.

Now the fight continues with the next Stand Up Rally on Friday, June 8.

ght now the entire Obamacare law, with its oppressive mandates and abortion loopholes, is under review by the United States Supreme Court. A ruling is coming at the end of June.

If the Supreme Court strikes down Obamacare, the June 8 Rally sets the agenda for future health care reform, demanding respect for religious liberty and freedom of conscience.

But if the Court leaves Obamacare intact, the June 8 Rally advances our demand that the HHS Mandate must go.

Come out on June 8, 2012—the 223rd anniversary of the day our Founding Father James Madison introduced the Bill of Rights, with its guarantee of religious freedom, to the First Congress—and stand up for religious freedom!

The Nationwide Rally for Religious Freedom was a peaceful, family-friendly, non-partisan, ecumenical event. For more information, please see the Rally Guidelines and Protocols,.

Update:  The rally was very successful and thanks to Missy Rielly Smith, there are photos to Share. 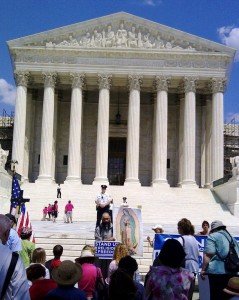 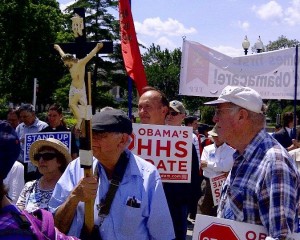 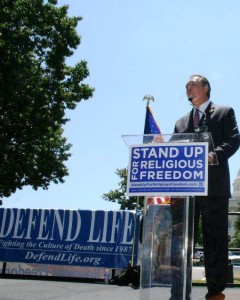 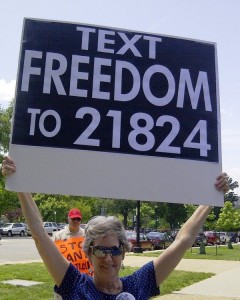 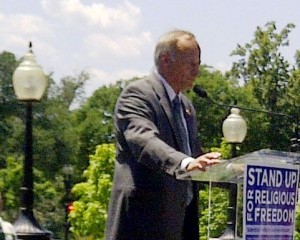 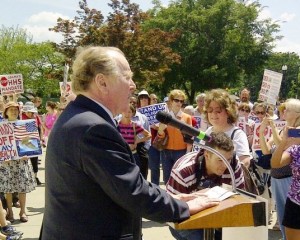 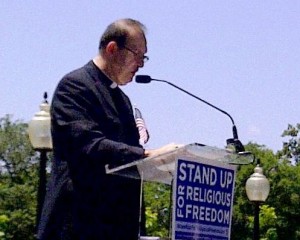